I just downloaded my second non-Nintendo mobile phone game: Velocispider! Unlike Duke Dashington, this one up-front costs $2.99. There are also in-app purchases, but as far as I can tell, they're only for unlocking all stages right away, stages you can unlock by progressing normally, for $1. Not as bad as I feared, and not a bad deal if you want to get a taste of all the stages without having to beat them all first, but that's up to you to decide.
Anyway, the game is... basically Space Invaders. But you control a cross between a velociraptor and a spider that has a gun on its head. You have to use that gun of yours to defend your precious velocispider eggs from evil mutant sea creatures which, according to the website here, are part of the "Robot Seafood Corporation", the CEO of which wants to eat them. You get three hearts, lose all three and it's Game Over. To defend yourself and your eggs, you have to tilt your phone left and right as you autoshoot what's above you; you can also touch and hold the screen to do a charge attack. All and all, pretty straight-forward stuff.
My only gripe with the game is the controls; they're not bad for what they are and they work just fine, I'm just not a fan of motion controls or anything that uses gyro-sensors or whatever, which forces me to be in a certain position in order to play. With Duke Dashington, I could play sitting down, lying down, being sideways, what have you, but the ideal way to play Velocispider is to sit/stand upright while holding the phone like so. Again, it's not a deal breaker by any means, I just wish I could get comfortable while playing.
But that's ultimately a nitpick, the game is fun as Hell otherwise, and the overall look and designs of the characters is great pixelated fun, especially the design for the Velocispider itself; it's design alone from when I saw it in Indie Pogo was enough to make me look into the game, it's just a really cool/cute design! So yeah, another hardy recommendation from me, as far as mobile games go!
Posted by Smashmatt202 at 9:32 PM No comments:

So after much deliberation (and sharing this game for those unaware of it), I finally downloaded Duke Dashington Remastered on my phone. It's a free download, though it comes with ads; you can remove the ads by paying $1.99, which I did almost immediately. Really, I'm the kind of person who'd rather pay for games upfront than either deal with ads or microtransactions.
As for the game itself, it's pretty simple, honestly; you play the titular Duke Dashinton as he explores various temples to find the legendary treasures within. Thing is, the temples he goes into are always collapsing, so he has to dash his way through them, Wario Land style! Each temple is made up of several single-screen levels where you have 10 seconds to figure out how to progress to the next level. Your only options are to dash left, right, or up, each of which have their own corresponding button on-screen, and typically once you start dashing you won't stop until you either hit something or tap a different direction. It's basically rapid-fire puzzle-solving, in which you need to quickly figure out when and where you need to dash to, while avoiding traps and spikes along the way.
As someone who does not play mobile games (unless they're from Nintendo, and even then I don't play them that often), playing such an action-oriented game that required me to think on my feet and actually focus on what I'm doing is quite the change of pace from what I'm used to out of games on my phone. Even Super Mario Run is pretty laid-back in terms of challenge; with this game, the pressure of clearing a room before the time runs out while trying to figure out what the gimmick of that room was gave me quite the rush. Not to worry, though; if you run out of time or mess up, you almost immediately start off on the same room you died on, and as far as I can tell, there's no lives system in play, so you can try again as many times as you want.
I should probably note that I only know about this game through Indie Pogo from Lowe Bros. Studios, and the similarities to Wario Land, one of my favorite Nintendo series, is what really caught my attention. The fact that it was a mobile game made me hesitant to look into it, but finally getting it made me realize that beneath the swamp of freemium games littered with microtransactions and loot boxes that skimp out on content, there are wholly entertaining games that offer a decent challenge ad reasonable prices. I haven't looked that much into it, but I believe the game is available on iOS, Android, and Google Play, and for those who either play mobile games or are into a more traditional gaming experience from a mobile game, this one gets a hardy recommendation from me!
Posted by Smashmatt202 at 8:57 PM No comments:

I'm working on my next SSB Character Pick of the Day, it's taking longer due to having a particularly busy week, not to mention an even busier weekend ahead, but don't worry, it's still coming.  Until then, I'm going to tell all of you something you need to know (if you like video games).
I just spent an hour playing Indie Pogo with the dev team Lowe Bros. Studios, all while chatting with them on Discord! They're really great guys, and it's a REALLY fun game! I'm not even kidding, there's a lot more strategy to it than one would think, and each character has their own strengths and weaknesses to where one character plays completely different from any other, which is not something you'd expect from a fighting game where everyone auto hopes and there's one one attack button!
This game and these guys deserve more recognition. They got lucky having GameXplain play their game and promote their Kickstarter, and I REALLY hope it grows more of a following. Take it from someone who talked directly to them while playing against them, this game is a blast and everyone should check it out!
...Though I guess I ought to tell you where you can learn more. Here's their main website:
Indie Pogo
And their Kickstarter page:
Indie Pogo by Lowe Bros. - Kickstarter
Of course, you can always like them on Facebook

And go follow them on Twitter here:
Lowe Bros. Studio (@LoweBros) | Twitter
Not sure if this counts as an endorsement or plug (not that I have anything to gain for this game getting popular other than being glad that it's succeeding), but regardless, Indie Pogo is definitely a game to look out for!
Posted by Smashmatt202 at 11:47 AM No comments: 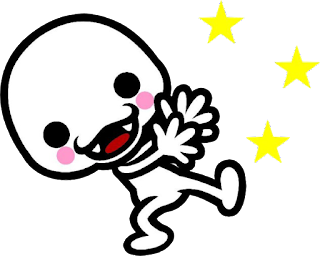 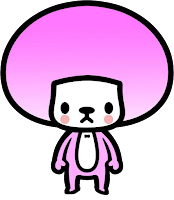 Hello everyone, sorry this article took so long; free time to work on this was rather short with my schedule, not to mention this one took a bit more research than the other articles, but it's also one that I really wanted to get done and (hopefully) get done right!  Before I get into that, though, I'd like to mention that my Isaac article ended up being more popular than my Ridley one!  Once again, I greatly appreciate everyone who took the time to read it and give feedback!  These articles are somewhat laborious but also a lot of fun to make!  I also hope to shine the spotlight on a character or game series that could use more attention, or help inform people on not only the characters/games I'm talking about, but also what Masahiro Sakurai has stated as far as the Super Smash Bros. series goes.  Hopefully, it'll clear up misconceptions and false statements attributed to him.

In any case, this time we're going to do something a bit different.  Not only is the character(s) in question from another underrated Nintendo series, but we're actually going to talk about two potential characters for the price of one (and maybe more)!  It's Marshal and Tibby from the Rhythm Heaven series (known as Rhythm Paradise for all you Europeans out there), and I'm annoyed that I couldn't even out their images more here, but I did the best with what I know how!  ...Uh, yeah, more info after the break. (and if anyone can help explain how to make these two images the same size and fit within the same space, I could definitely use the help) 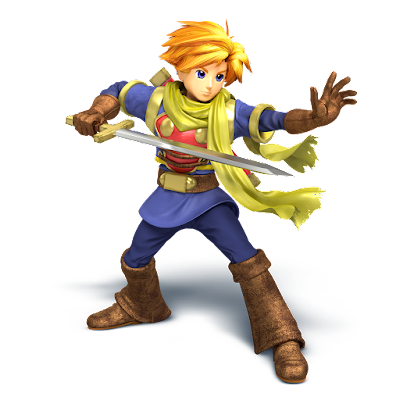 Well I said I'd make this a series, which means there has to be more than one, right?  Got quite a bit of feedback on my Ridley post, which by the way, thank you to everyone who read the whole thing and providing said feedback!  I'm glad it got the reception it did!  Two main things I got criticized for were the whole "Ganondorf is based on Sakurai's father" thing (it's fake, should have been obvious to me honestly) and my ranty tone when trying to argue against Sakurai's points.  Rest assured, I've taken all legitimate criticism into account and will keep it in mind with future characters I cover.  From now on, I'll be sure to verify the validity and accuracy of my sources and I'll try to keep a more neutral tone with what I'm talking about.  After all, there are more than enough false accusations and angry blogs on the Internet; even though my feelings in my Ridley blog were genuine and I wanted to be sincere with it, I think we can all agree to stay classy with this stuff so that we all have a better time here.

But all that's in the past, it's time now for our second Super Smash Bros. potential newcomer!  This time, it's Isaac from the Golden Sun series!  Go beyond the break to see my break-down!
Read more »
Posted by Smashmatt202 at 9:46 PM 1 comment: