This is actually going to be an incredibly short post for once!  Apparently, according to the Hub Network's Facebook page, today (or perhaps yesterday) marks the 7th anniversary of Batman's first appearance in Detective Comics issue #27. 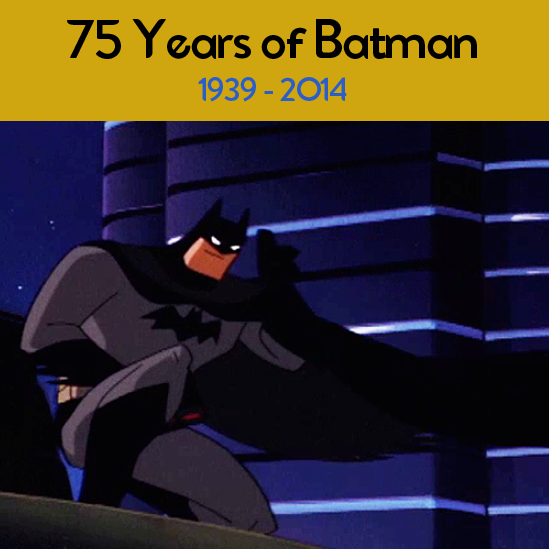 For as increasingly overrated, or rather overexposed, Batman has gotten in recent years, I still think he's every bit as awesome as everyone says he is (to a point). I COULD go in-depth as to why I think that is, or what I think of Batman as a whole, but I honestly don't feel like it right now, so instead I'll just say, congrats, Bats! ;)
Posted by Smashmatt202 at 9:55 PM No comments:

Friendship is Magic season 4 blogs: For Whom the Sweetie Belle Toils

So I saw For Whom the Sweetie Belle Toils earlier today...  Incidentally, many say it's a reference to the Ernest Hemmingway novel For Whom the Bell Tolls, but THAT was originally a line from Devotions Upon Emergent Occasions, and severall steps in my Sicknes, by poet John Donne in 1624!

Anyway, the episode...  *sigh*, I just don't know...  I don't want to hate this episode, nor do I think there's anything wrong with it, but it makes me depressed.  It's mostly based on the beginning of it, and also that it kind of gets personal for me.  Not that it's anything specific from the episode, but that the concept in general is not only a cliche I've seen dozens of times, but also something I just dealt with and I'm still a bit shaken from.  As a whole, the episode made me feel depressed, and I feel bad because I want to like the good bits, but...

...Well, I guess I should probably start explaining myself.

MLP:FiM season 4 blog double whammy - Somepony to Watch Over Me and Maude Pie

Okay, missed commenting on last week's episode, so I'll briefly cover it here...  actually, I don't have to, because The Mysterious Mr. Enter pretty much said everything I would:

I don't necessarily agree with EVERYTHING he has to say, but it's pretty spot-on to how I feel about the episode.  Now that we have that out of the way, moving on to this week's episode: Maud Pie!

It would seem this is another new writer, Noelle Benvenuti...  who apparently hasn't written anything, TV Show, movie, or otherwise, before this!  So what we have here is a NEW newbie!  ...And it's quite good for a first go!

Yeah, really, this was a great episode!  Well, great might be stretching it, I'm not entirely sure it hit all the right notes, but it definitely felt like a good episode, and enjoyable to watch!  Gosh, not sure where to start.  This time, I'm going to go back into in-depth mode!  How y'all are ready!

I should probably first say that this is the first episode I saw when it aired in a while, since someone at my work asked me to trade shifts with him, so I'm supposedly working later tonight.  I would have commented on this episode sooner had I not needed to drop my sister off somewhere...  Anyway, onto the episode!

My Little Pony: Friendship is Magic season 4 blog: It Ain't Easy Being Breezies

Easy Breezy Beautiful Covergirl!  ...Have I made that joke already?  Well, even if I did, I hope I'm not the only one who made that joke, though I haven't been reading what people have been saying about the episode, so I wouldn't know.

But yeah, I was away last Saturday, and thus missed the episode.  I just saw it today because procrastination.  Now that I've seen it...

OMG THIS EPISODE IS SO CUTE!!!  The Breezies themselves aren't that cute, at least until they started talking!  Those high-pitched voices, ESPECIALLY coupled with that different language, plus Seabreeze's accent, like, oh man, I can't take it!  I also can't take when my recording (or maybe it happened when it aired, just in general, but whatever) starts wonking out and the audio stops working briefly in the middle.  I still got a lot of what happened, but still, that annoyed me.

Okay, so, don't feel like going over the episode chronologically, so I'll just point out stuff that stuck out in my mind...